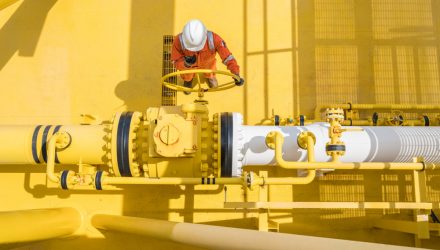 Oil and energy exchange traded funds continue to rally, with crude prices at their highest level in almost two years, after the Organization of Petroleum Exporting Countries and its allies, or OPEC+, surprised markets by maintaining a cap on supplies despite a recovering global economic outlook.

OPEC+’s decision on Thursday to maintain its current output in April fueled price gains in the energy market and triggered a wave of upgrades in oil price forecasts among major banks and a surge in the market’s structure, Bloomberg reports.

“In some ways, even more important than the lack of oil, was the message that came with it: They’re not really worried about price, not worried about tightening,” Paul Horsnell, head of commodities research at Standard Chartered Plc, told Bloomberg. “In the short-term, certainly through to the April meeting, the market can go where it wants. The door is wide open to prices beyond $70.”

OPEC+’s restraint will help the oil market further stabilize until the economy sees a full-fledged comeback in global consumption.

“Overall, this was the most bullish outcome we could have expected,” JPMorgan Chase & Co. analysts including Natasha Kaneva said in a note to clients.

OPEC and other allied oil exporters like Russia have been debating the merits of raising production to 1.5 million barrels per day of output. Saudi Arabia argued that they are able to restrain production because the higher prices will not cause a big increase in output among American shale drillers at this time.