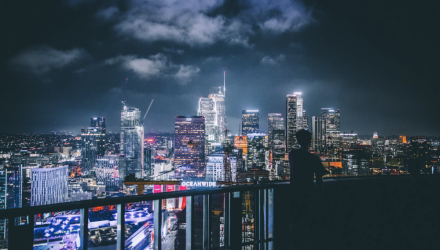 Does the Economy Predict Stock Returns?

By Lambert Bunker via Iris.xyz

Investors, economists and the media spend an enormous amount of time and energy trying to forecast the economy. The idea is that forecasting economic growth will give us an idea of where the stock market is headed. Surprisingly, no predictive relationship exists between current economic conditions and the current stock market.

US Gross Domestic Product (GDP), a measure of the overall output of the US economy, grew at an average rate of 6.5% before inflation over the past 58 years. The GDP growth rate itself was relatively stable and positive in all years but 2009. Contrast this with erratic annual stock price changes, ranging from a gain of 34.1% in 1995 to a loss of 38.5% in 2008. Stocks appreciated in 72% of the years but delivered a significantly higher average annual growth rate of 11.1%.

Over the long-term, stock prices rise as economic output rises. But over shorter periods like calendar years, there can be large discrepancies between economic growth and the stock market. Like a supertanker, the overall economy changes slowly and absorbs most short-term disturbances in its steadfast advance. GDP is widely used to measure this advance, but it is a trailing metric that is frequently revised, so it is not particularly timely or accurate.