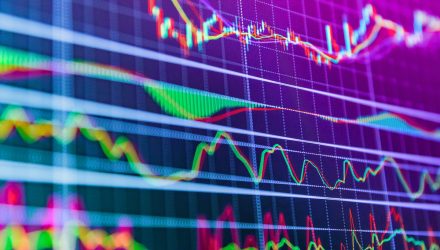 Small cap exchange traded funds may look cheap at first glance, but in scrutinizing the asset category, the valuations may not be as attractive as they first appear.

For example, the small cap benchmark Russell 2000, which serves as the underlying portfolio for the iShares Russell 2000 ETF (IWM), trades at 19 times its past year’s earnings while the large-cap Russell 1000 Index trades at 25 times, the Wall Street Journal reports.

However, some analysts like to remove companies that don’t generate a profit, which can affect the overall calculations of the new portfolio, especially amongst the small cap category, which includes a large portion of companies with no profits during the pandemic-induced recession.

Among Russell 2000 components, companies that did not turn a profit over the past year made up one third of the benchmark, according to an analysis from Jefferies looking at earnings over the previous 12 months. In contrast, only 8% of the large cap Russell 1000 index was made up of unprofitable companies over the same period.

Some analysts warned that leaving in unprofitable companies could contribute to more volatile swings in the price-to-earnings ratio of the small cap index, especially during periods of economic uncertainty. Without the additional volatility, it can be easier to gauge how attractive small cap stocks appear relative to historical data or to large cap indixes.

“It makes it a little tougher to figure out what’s the right historical number to compare it to if the ratio is one, very volatile, and two, has also seen a more secular upward trend because of the increasing lack of earning companies” Jill Carey Hall, head of U.S. small- and midcap strategy at BofA Global Research, told the WSJ.

Other analysts, though, argued that it is misleading to present a valuation metric that excludes a good chunk of the Russell 2000, since investors who own the stocks in the index are not excluding the underperformers.

“You’re taking out like six, seven hundred companies from your calculation,” Steven DeSanctis, small- and midcap strategist at Jefferies, told WSJ. “If you took out all the Cs and Ds that I got in high school, I was a solid B-plus student.”

When gauging an investment, analysts advise investors to also look through a range of valuation metrics, such as comparing a stock’s price to sales or book value, which are unlikely to come up against many problems with negative numbers.