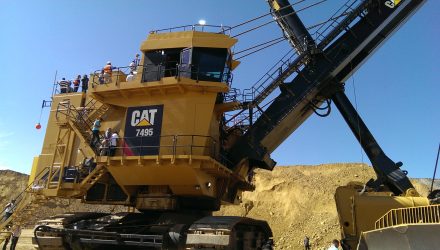 Caterpillar revealed one of its worst quarterly earnings in years, undershooting Wall Street forecasts. The company said sales in its Asia/Pacific unit were 4% lower year-over-year “due to lower demand in China,” CNN reports. According to Bespoke Investment Group, it was Caterpillar’s worst earnings miss in 10 years.

Furthermore, the heavy equipment manufacturer warned that its earnings outlook for 2019 could be lower than Wall Street forecasts.

Caterpillar chairman and CEO Jim Umpleby said in an earnings release the company was assuming “a modest sales increase” for the year, partly due to the “macroeconomic and geopolitical environment.”