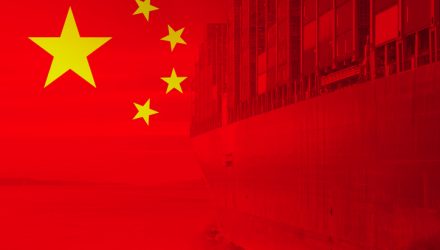 While the Chinese industrial sector saw profits rise at their fastest pace in eight months over November, China country-specific ETFs are still susceptible to weakness in domestic demand that could weigh on corporate earnings ahead.

Year-to-date, the iShares MSCI China ETF (NASDAQ: MCHI) increased 23.9%, SPDR S&P China ETF (NYSEArca: GXC) rose 22.8% and Xtrackers Harvest CSI 300 China A-Shares ETF (NYSEArca: ASHR) advanced 33.5%. The Chinese markets have rebounded as the U.S. and China move toward reconciliation and the global economy looks to be improving, but investors should still be mindful of the risks.

Recent factory activity surveys revealed a nascent recovery in the manufacturing sector after falling under persistent pressure over the past year in response to weak demand and trade disputes with the U.S. Beijing’s accelerated stimulus measures to steady growth may have turned things around as industrial profits in November rose 5.4% year-over-year to 593.9 billion yuan, or $84.93 billion, ending three months of declines, and it accelerated from its previous 9.9% drop in October, Reuters reports.

However, Zhu Hong, an official with the statistics bureau, warned that the rebound may not be an indication of a sustained recovery.

“Although the profit growth turned to positive in November, we have to see that the current downward pressure on the economy is still big, and the volatility and uncertainty of profit growth still exist due to multiple factors such as market demand and industrial prices,” Hong said in a statement.

Other market observers also showed some apprehension toward China’s outlook, despite the improving conditions, as many hurdles remain.

“We expect the surge in industrial profit growth to be just short-lived, given strong growth headwinds and still-elevated uncertainty amid U.S.-China trade tensions,” analysts at Nomura said in a report. “In our view, Beijing will likely continue to roll out moderate easing measures amid limited policy room.”

China’s economy is currently expanding at its slowest pace in almost three decades and could still face greater pressure in the new year, but policymakers have pledged to support stable growth and prevent potential risks.