You are at:Home»Equity ETF Channel»Presidential Debate Deals a Blow to Energy Sector ETFs 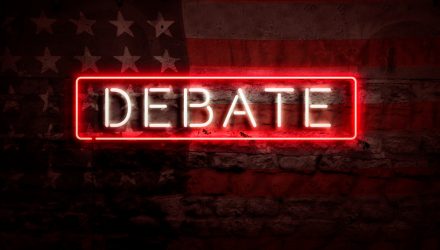 Energy sector-related exchange traded funds suffered a blow from the presidential debates after Democratic challenger Joe Biden said he aimed to transition away from crude oil.

Biden, who has been leading in the polls, stated he planed to transition to a more climate-friendly economy, Reuters reports.

“Global warming is an existential threat to humanity,” Biden said. “We have a moral obligation to deal with it and we’re told by all the leading scientists in the world we don’t have much time.”

Biden argued that the country should eventually replace oil with solar, wind and other forms of non-polluting power.

“I would transition from the oil industry, yes,” Biden said.

On the other hand, Trump said that while he loves the environment, he was not willing to harm the energy sector in order to support the environmental cause.

The oil industry has censured Biden’s plans to transition away from fossil fuels.

“If Biden is elected and his plan on energy is adopted, he will send America into a deep depression and millions of jobs will be lost in Texas, Pennsylvania, Ohio, Michigan, Oklahoma, North Dakota and we will once again be beholden to foreign rogue regimes for our energy,” Hamm added.

Biden, though, later clarified that he was referring to plans to stop fossil fuel subsidies.