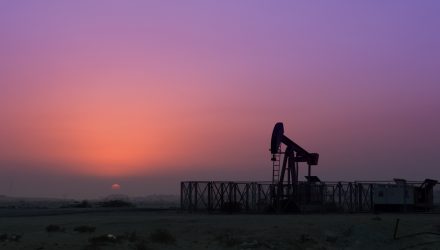 Energy-related exchange traded funds were among the hardest hit areas on Monday as fears of another round of coronavirus shutdowns and the return of Libyan oil supplies weighed on the crude market.

A cease-fire in Libya has led analysts to project the country’s output will hit 1 million barrels per day in the next four weeks, compared to about half a million a day, after Libya’s National Oil Corp. said Monday it had instructed the operator of the el-Feel oil field to resume output, the Wall Street Journal reports.

Bjarne Schieldrop, chief commodities analyst at SEB, also argued that the rise in coronavirus infections is weighing on prospects for the economic recovery and the damping demand outlook.

“We have oil being hit from both sides of the equation. Libya supply is seeing a rapid increase,” Schieldrop told the WSJ. “At the same time, demand is being hit by a wave of new Covid-19 cases and with new lockdowns.”

European governments have clamped down on travel and leisure. For example, over the weekend, Italy and Spain introduced some of the strictest restrictions seen since the two countries exited their initial lockdowns, such as early closures of bars and restaurants and a nighttime curfew.

Analysts have warned that the measures could cut demand for gasoline and other fuels.

Meanwhile, the resurgence of the coronavirus in the U.S. could squeeze oil consumption as well.

“The recent demand data has pretty much universally been in one direction, which is disappointing,” Emily Ashford, energy analyst at Standard Chartered Bank, told the WSJ.