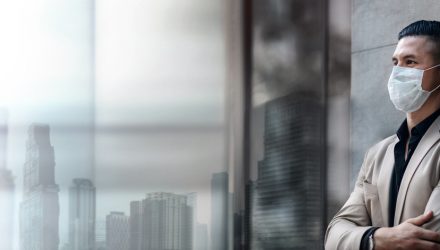 U.S. markets and stock exchange traded funds plunged Wednesday to their lowest level since September on growing concerns over the the spike in coronavirus cases worldwide.

In the United States, 12 states set records for hospitalized COVID-19 patients on Tuesday, Reuters reports. The rising number of new cases fuels fears of another wave of restrictive measures that could hobble the nascent U.S. economic recovery.

“A month ago, the narrative in the market was very much that lockdowns would be limited and targeted, and so would have a smaller impact on the economy,” Hugh Gimber, global market strategist at J.P. Morgan Asset Management, told the Wall Street Journal. “But now, what we are seeing is broader concerns that lockdowns might be wider and have a much wider impact.”

Meanwhile, Germany announced plans to shut large segments of the public for a month and France issued tighter controls as the coronavirus pandemic popped up again across Europe.

Investors are also dealing with heightened political risk as the presidential election goes into its final inning. Many are concerned about a contested election, a clear “blue wave” that gives Joe Biden and Democrats control of the White House and Congress, or a re-elected Donald Trump for another four years.

“As people run through the likely scenarios of what could happen with the election, there’s no short-term good answer,” Chris Zaccarelli, Chief Investment Officer at Independent Advisor Alliance, told Reuters.