You are at:Home»Equity ETF Channel»Why Concerns Are Mounting for Mexico ETF ‘EWW’ 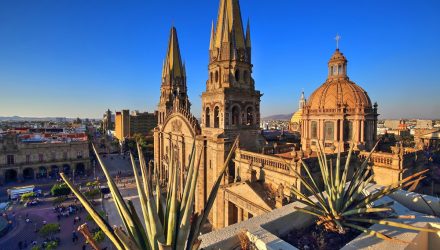 Why Concerns Are Mounting for Mexico ETF ‘EWW’

“In a statement, S&P emphasized that Lopez Obrador’s plans to reduce the private sector’s role in the Mexican energy sector while boosting spending on cash-strapped national oil company Pemex raised concerns for government finances,” according to Reuters.

Obrador’s proposed moves include a push to limit the fees banks can charge customers as well as a decision to end a $13 billion airport project in Mexico City that already raised funds via overseas bonds. Investors have long been wary of AMLO’s warmth, or lack thereof, regarding free market policies.

“The Mexican government relies on Pemex to provide around 15 percent of total tax revenue while the company struggles under the weight of nearly $106 billion in debt, the highest of any national oil company in Latin America,” reports Reuters.