You are at:Home»Equity ETF Channel»China ETFs Struggle as Tensions Rise with the West 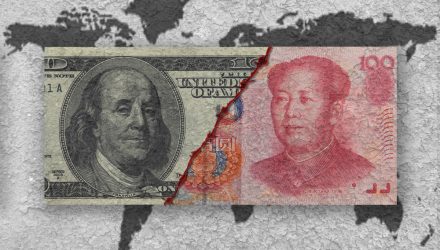 China ETFs Struggle as Tensions Rise with the West

China country-specific exchange traded funds, notably those with a higher tilt toward technology stocks, have slumped as the U.S.-China tensions escalate and Beijing implements anti-monopoly measures against large internet names.

Chinese markets retreated Wednesday to their lowest close in three months on diminished risk appetite due to concerns over policy tightening and escalating tensions between China and major western economies, Reuters reports.

The U.S. joined allies this week in sanctioning Chinese officials over human rights violations after high friction between senior officials in their first bilateral meeting of the Biden administration, Barron’s reports.

The latest coordinated sanctions against China concern human rights violations against Uighur Muslims in Xinjiang, along with concerns regarding the democratic process in Hong Kong, which are both seen as issues China considers off-limits.

The U.S. has also accused China of corporate espionage, notably the acquisition of American intellectual property.

“Battle lines are getting drawn between [the]US and China around Internet technology dominance,” Stephen Innes, chief global market strategist for Sydney-based online broker Axi, told CNN. “You need to think last week’s less-than-amicable sitdown is probably holding some enthusiasm back as [the]US could continue to clamp down on Chinese technology.”

Meanwhile, Chinese company shares have been under pressure after Beijing aimed to rein in large internet companies. Antitrust experts have warned that Chinese authorities are intensifying their oversight over the emerging economy’s technology giants.

Chinese shares have been meandering at a bottom for a while due to a number of external factors, but Zhang Yanbing, an analyst with Zheshang Securities, argued that the emerging Asian markets could rebound soon as companies are to report strong first-quarter earnings.