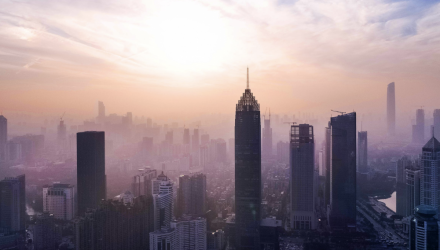 China’s activity surveys missed expectations in June, but details suggest that the drip stimulus softened the trade war’s impact. The only certainty on Eskom’s reform in South Africa is that it will blow the budget.

China’s official and Caixin activity surveys missed expectations in June, with the latter slipping back into contraction territory. Details of the release (new orders, new export orders, employment, etc.) show that manufacturing weakness was widespread, but three things stood out to us. First, the dichotomy between manufacturing (weak) and consumption (much more robust) is very much in place (see chart below). The latter is more responsive to domestic stimulus and, as such, can provide a cushion for China’s growth in the coming quarters. Second, the manufacturing Purchasing Managers’ Index (PMI) decline in Q2 was smaller than in Q4 2018, indicating that the “drip” stimulus indeed softened the external blow (tariffs, trade tensions). It would, therefore, be reasonable for the policy spigot to remain open going forward. Finally, the small companies PMI showed a small recovery in June, most likely aided by targeted support policies (which is another argument for the continuation of this approach).

The just-released comments by South Africa’s Deputy Minister of Finance suggest that the government is okay with missing fiscal targets as long as it helps to sort out the state-owned utility company, Eskom, and boost growth. Eskom’s operational issues—and especially recurring power cuts—are a major headwind to the economy. The problem is that the fiscal gap is already expected to widen to 4.6% of gross domestic product (GDP) in 2019, and additional Eskom injections can easily push it beyond 5% of GDP. Absent actual reform (Eskom’s restructuring, unbundling), South Africa may end up with a major dent to its fiscal metric (and further rating downgrade) but with no major improvement in growth.