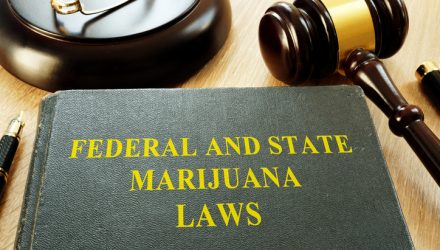 Cannabis ETFs rallied on Thursday after a divided U.S. House committee approved a proposal to decriminalize and tax marijuana at the federal level, marking a turning point in the national cannabis policy.

Taking one step closer to the full decriminalization of marijuana, the U.S. House Judiciary Committee passed legislation on cannabis by a 24 to 10 vote, Reuters reports. The bill will need to be approved by the Democratic controlled House of Representatives next.

“We think federal legalization would be a big positive for investor sentiment surrounding cannabis equities, which have been battered by oversupply and a steep price decline for the underlying commodity since becoming legal in Canada,” Garrett Nelson, senior equity analyst at CFRA Research, told Reuters.

The vote followed just two months after the House passed a bill to advance legislation allowing banks to provide services to cannabis companies in states where it is legal. The financial constraints were a sever limitation that impeded the access to capital needed for these businesses to grow in areas where marijuana has been legalized by the state.

The latest bill to pass the House committee will enable states to set their own policies and remove marijuana convictions and arrests at the federal level. Additionally, the bill will authorize a 5% federal sales tax on marijuana products manufactured in or imported into the United States.

However, observers took the new developments with a grain of salt.

“It’s such an early step in a long process that there are no near-term implications for cannabis stocks. The Senate isn’t likely to approve it, even if the House were to do so,” Alan Brochstein, managing partner at New Cannabis Ventures, told Reuters.

For more information on the marijuana industry, visit our cannabis category.