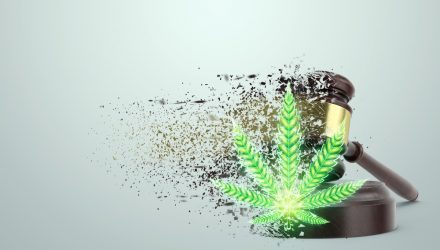 Cannabis sector-related exchange traded funds have been climbing on expectations that the favorable election results could push the country toward legalizing sales of recreational marijuana.

The marijuana-related sector has been strengthening as investors anticipate the incoming Biden administration could loosen regulations while more U.S. states have legalized sales in recent proposition votes. For example, voters in Arizona, Montana, New Jersey, and South Dakota cleared cannabis for adult use, bringing the total number of states that have approved it for that purpose to 15, CNN reports.

Cannabis industry executives have publicly exhibited their joy over the election results. The chief executive officer of Canopy was especially optimistic over what the changes in the political landscape could entail for the industry.

“We believe the Biden win is an important step on the path to federal permissibility of cannabis in the US market through decriminalization and descheduling,” Canopy CEO David Klein said on a recent conference call with analysts.

“The results of the ballot initiatives clearly showcase that support for adult-use marijuana legalization extends across geographic and party lines and is supported by a majority of Americans. Legal marijuana is becoming the American norm,” he added. “This will likely increase pressure on Congress to pass major federal marijuana reform in the very near future.”

However, some have warned that a Senate led by Republican Mitch McConnell could mean that cannabis legislative measures won’t pass, even under a Biden administration.

“Mitch McConnell is a one-man ‘no’ machine,” John Hudak, a cannabis policy expert and deputy director at the Brookings Institution, told CNN. “This is just something [he]doesn’t like. He doesn’t see the political benefits.”