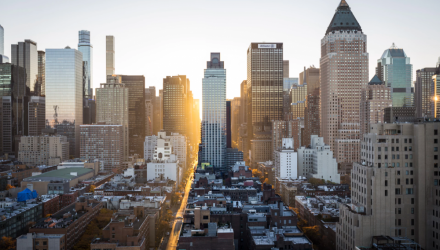 Building Trusted and “Trustless” Capital Markets for Everyone

By Juan Hernandez via Iris.xyz

Those of us in the FinTech and blockchain industries often get caught up in the pure technology innovation that distributed ledger can bring. I’m certainly guilty of that myself, given my computer science background. I tend to marvel at the sheer elegance and simplicity of blockchain and am thrilled by all the potential applications of the technology.

Even when I take a step back, and look at the business use cases, it is still too myopic in scope. Yes, blockchain can disrupt the stock and bond markets, and most forms of institutional capital can be remodeled with the introduction of this disruptive force. But if that’s all those using blockchain are trying to accomplish, then we are all failing broader society as a whole.

The earliest iteration of Openfinance began shortly after the passing of the Jumpstart Our Business Startups (JOBS) Act in 2012. In summary, the JOBS Act opened up private markets to a broader audience. Many heralded this legislative action as a watershed moment for the democratization of finance.

Our fundamental belief was that wealth creation should be available to all, not just the elite few, and we saw the tremendous potential within the JOBS Act and the impending “crowdfunding” boom set to hit the market. We asked ourselves: “How do we make this accessible to everyone?” and set about to build the infrastructure needed to help the industry grow.

Crowdfunding as a movement did take effect in the US, UK, Europe, South America and many other regions, but it never quite grew to the level that many anticipated. The industry encountered several barriers that caused a faltering of the movement: operational inefficiencies, muted public awareness and lack of institutional support.