You are at:Home»Equity ETF Channel»Brokerage Firm Commission Cuts Is Good For Investors 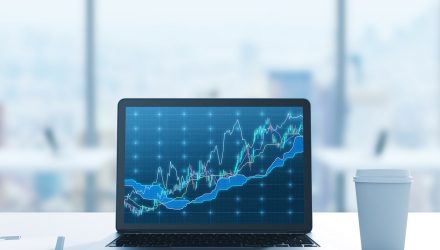 What is good news for investors appears to be bad news for brokerage firms, as Charles Schwab announced on Tuesday that it is terminating commissions for online trading in U.S. stocks, exchange-traded funds and options, the end result of an arduous fee battle in the brokerage industry.

The fee slashing will commence on October 7, when Schwab, which holds about $3.72 trillion in client assets, will be cleaving its trading commission cost for U.S. stocks, ETFs and options from the previous $4.95 to zero. Trading options will continue to cost 65 cents per contract. The adjustments will also cover securities on Canadian exchanges.

The firm’s “passion has been to make investing easier and more affordable for everyone,” founder and chairman Charles Schawb said in a press release.

“This is our price. Not a promotion. No catches. Period,” added CEO Walt Bettinger.

Investors in the brokerage’s stock are not happy with the news, as shares of Schwab tanked nearly 12% Tuesday on concerns that the change will affect margins. Schwab noted that commissions fees comprise 3% to 4% of net revenue each quarter.

Silicon Valley start-up Robinhood offered stock trading for free in 2013, causing analysts to portend that it was only a matter of time before the major brokerages were also forced to follow suit.

Fee cuts have already been in the works in 2019 however, as TD Ameritrade said in a press release back in May, that it would nearly double the number of ETFs eligible for commission-fee trading on its website to some 569, including funds managed by industry giants BlackRock, State Street, and WisdomTree. The offer took effect June 1.

TD Ameritrade’s announcement came after the big money manager Vanguard Group last year announced commission-free online trading in almost 1,800 of competitors’ ETFs in addition to 77 of its own. Such offers are designed to attract new customers, who then ostensibly can be enticed to buy other products and services.
“We’re committed to providing our clients access to a robust suite of commission-free products,” Keith Denerstein, the Omaha, Nebraska-based company’s director of investment products and guidance, said in the press release.
While brokerage customers are sure to be happy about the news, only time will tell how the change affects brokerage firms’ bottom lines.
For more market trends, visit ETF Trends.