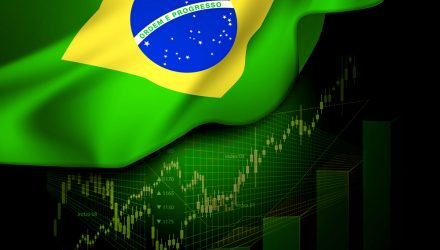 The Brazilian real led gains among Latin American currencies after the National Monetary Council approved the immediate transfer of 325 billion reais, or $58.3 billion, to the Treasury from the central bank to ease debt liquidity strains, Reuters reports. The National Monetary Council is in charge of formulating monetary and credit policies to preserve the country’s monetary stability and to promote economic and social development.

Brazilian President Bolsonaro also wants to divert 6.5 billion reais, or $1.2 billion, of the federal budget into the “Pro-Brazil” infrastructure and regional development program. However, the amount was more than the economy ministry had expected and raised concerns that the government could be exceeding the limit of its spending cap.

Furthermore, investors were also hopeful that the Brazilian government’s plan to temporarily remove import tariffs on rice, corn, and soybeans could further ease inflation concerns. Brazil’s partners in South America’s Mercosur trade bloc argued that they will lose out, notably to the United States. The tariff exemption is expected to be discussed by Brazil’s trade management committee, known as Gecex and presided over by the Economy Ministry, in September.

“Brazil cannot unilaterally change its tariffs. It has to do it through talks with the other Mercosur countries,” Paraguay’s Deputy Agriculture Minister Santiago Bertoni told Reuters.

“Any reduction in the common external tariff must be negotiated within Mercosur,” Gustavo Idigoras, head of the CIARA-CEC grains exporters and crushers chamber, said.