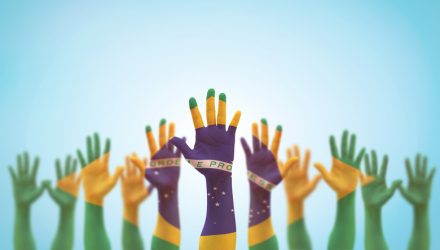 President Donald Trump announced the U.S. will restore tariffs on steel and aluminum imports from Brazil and Argentina in retaliation for their depreciating currencies that has affected U.S. farmers, but Brazilian stocks and country-specific exchange traded funds did not bat an eye.

Investors were now looking forward to to Brazil’s third quarter economic growth numbers that will come out on Tuesday.

The Latin American market largely shrugged off Trump’s latest announcement of tariffs on Brazilian and Argentinian steel and aluminum that were “effective immediately,” which were a response to the “massive devaluation” of currencies that weighed on U.S. farmers, MarketWatch reports. Brazil’s real has weakened over 9% against the U.S. dollar over the past year while Argentina’s peso has depreciated 59%.

Both Brazil and Argentina previously received exemptions from the 25% tariffs on steel imports implemented back in 2018.

Argentina’s markets reacted more negatively to the news, with the Global X MSCI Argentina ETF (NYSEArca: ARGT) down 1.7% on Monday.

Analyst Tyler Kenyon, though, cautioned that investors shouldn’t make a big deal out of the tariffs due to the small size of the Brazilian and Argentine markets. Kenyon argued that the tariffs could even end up being a negative since they could lead to higher costs on the U.S. side.

Analysts from JP Morgan also believed that any Brazil tariff hike “should not be material” given their relatively small U.S. export volumes, Reuters reports.

“We view [the tariffs]as only a marginal [positive]for finished steel supply and steel mills under coverage with finiusdshed steel imports from both countries [of less than]4% of total,” Kenyon said in a note. “With Brazil a sizeable source of slab import supply, production costs for sheet + plate re-rollers would be adversely impacted, lifting cost curves.”