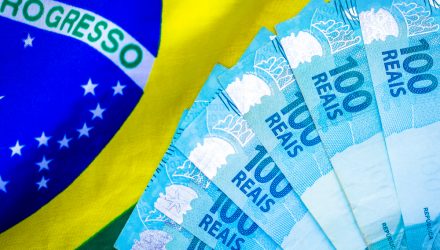 The iShares MSCI Brazil Capped ETF (NYSEArca: EWZ) increased 1.3% on Monday, testing its long-term support at the 200-day simple moving average. EWZ had declined 8.8% over the past month and 14.1% year-to-date. 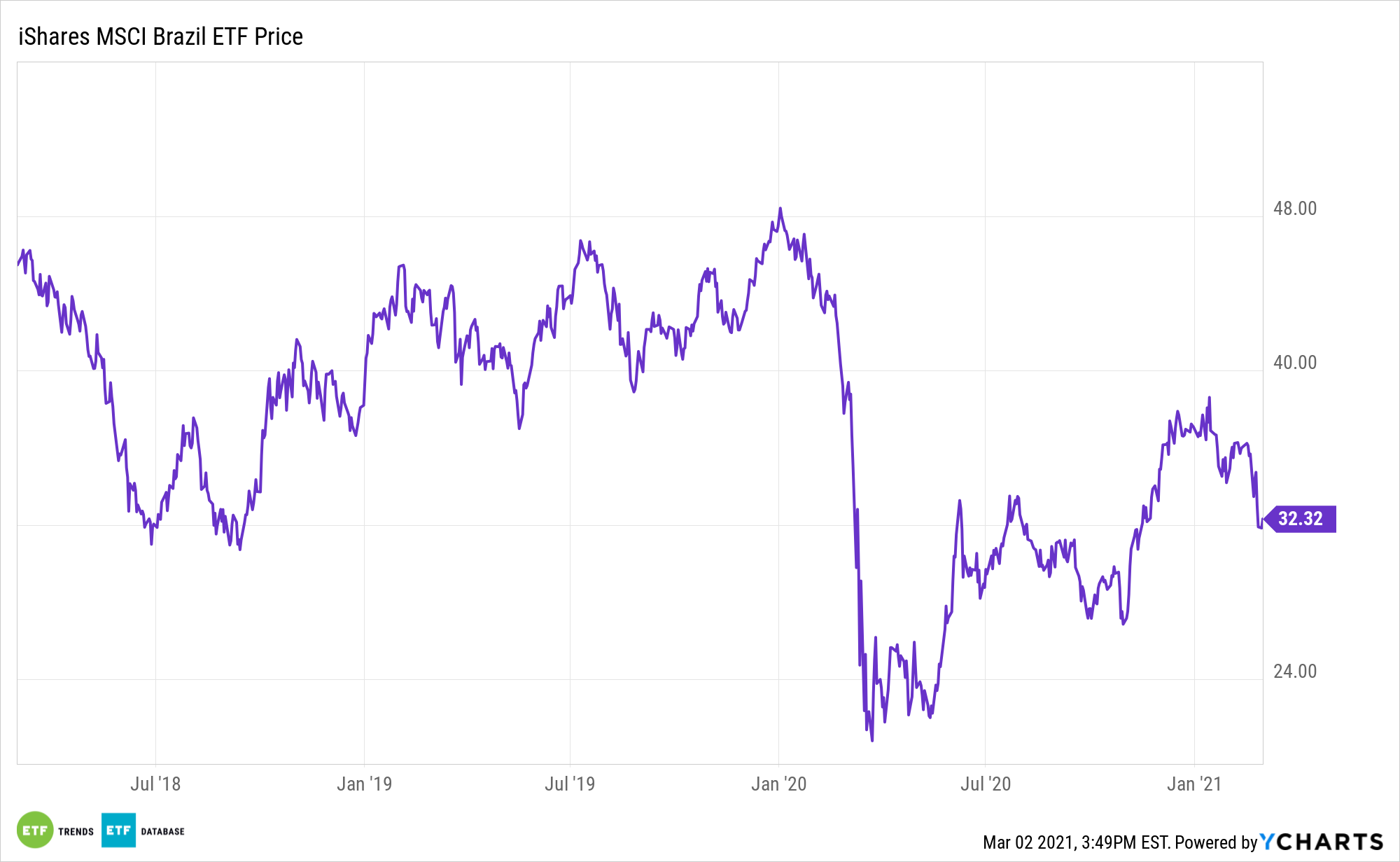 Brazilian traders are increasing bets that the Central Bank of Brazil will implement its most aggressive interest rate hike since 2020 after a selloff in local assets deepened on growing concerns over the country’s fiscal outlook, Bloomberg reports.

Swap rates, which already fully priced in a half-percentage point rate increase at the upcoming March 17 meeting, are now indicating chances of an even higher move of 75 basis points.

“There’s a chance the scenario will deteriorate so much until the next meeting that a 50 basis point hike would seem dovish,” Solange Srour, chief economist at Credit Suisse, told Bloomberg.

The jump in rates came after a plunge in the Brazilian real, which led losses among major currencies even as the central bank repeatedly propped it back up, including two spot dollar sales on Tuesday.

Brazilian assets have come under pressure after a handful of negative reports that fueled pessimism on the outlook for fiscal accounts, the reform agenda, and the impact of the pandemic on economic activity.

The ongoing spike in Covid-19 cases across the country has strained hospitals, leading state governors to enact another round of restrictions.

“The selloff in both short-end rates and the currency is more related to risk premium and fiscal outlook uncertainty,” Juan Prada, a currency strategist at Barclays, told Bloomberg.

Political risk has also added another layer of pressure to the market, as some worry whether or not Economy Minister Paulo Guedes will remain in office. The Minister’s influence over the economic agenda has weakened amid the coronavirus outbreak. President Jair Bolsonaro’s decision to replace the chief executive officer of Petrobras and plans to a cut on diesel and cooking gas prices have further fueled a negative outlook for Guedes.

“With the flurry of risks in the horizon, news stories about Guedes remaining as the Minister of the Economy (or not), could disturb markets further,” Citigroup economists led by Dirk Willer wrote in a note. “Investor optimism will remain suppressed after the government’s meddling to prevent a rise in fuel prices, and the potential dilution of compensatory measures in the emergency bill.”