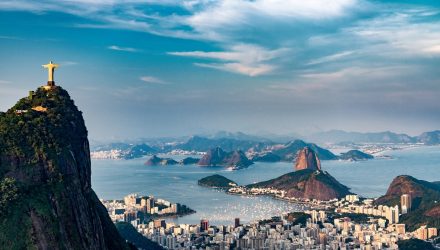 Brazil ETF Is a Hot Spot for Emerging Market Investors

The iShares MSCI Brazil Capped ETF (NYSEArca: EWZ), the largest Brazil exchange traded fund trading in the U.S., has increased 12.2% so far this year and attracted $147.4 million in net inflows, according to xtf data. The Brazil country-specific ETF has outperformed the broader emerging markets, with the benchmark MSCI Emerging Markets Index up about 6.5% year-to-date.

The outperformance in Brazil’s market comes as investors anticipate key reforms, such as pension reforms, in the coming months under the new President Jair Bolsonaro, CNBC reports.

Bolsonaro is “hitting all the right notes the market has been wanting to hear for years,” Chen Zhao, chief global strategist at Alpine Macro, told CNBC. “That’s why I think the market reaction has been so positive. If he really delivers on what he promised, I think that could turn out to be a major supply-side story in the EM world.”