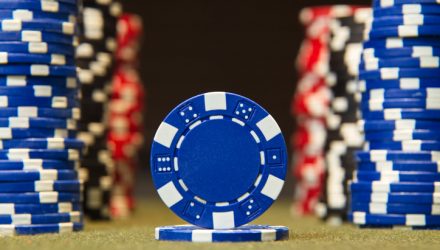 Dragging on the industrial segment, trade-sensitive Caterpillar retreated in response to disappointing earnings on weak sales in China and higher costs, and Boeing dipped after posting its biggest loss in decades in response to this year’s grounding of its best-selling 737 MAX planes, Reuters reports.

“Caterpillar’s results are a reflection of the struggling manufacturing side and weak business spending,” Steve Chiavarone, a portfolio manager at Federated Investors, told Reuters.

Wednesday’s disappointing numbers from manufacturers reminded investors that many companies, especially those with an international footprint, are still facing challenges in the current economic environment. Earnings are will fall into a “slight recession” for the next two quarters, Sebastien Galy, macro strategist at Nordea Asset Management, told the Wall Street Journal. Looking further out, earnings will likely rebound next year, leaving markets vulnerable to some volatility in the short-term.

On the other hand, the technology sector found support from Texas Instruments after the company hinted that the global slowdown in microchip demand would not be as long as previously feared.

However, gains in the tech segment was capped after the Justice Department’s announced it is probing for antitrust violations, with shares of Facebook, Apple, Amazon.com and Google parent Alphabet all lowered.

After two weeks into the second quarter earnings season, about 77% of the 138 S&P 500 companies that have reported so far have beaten earnings estimates, according to Refinitiv data. However, overall profits are now expected to dip 0.1%, compared to prior estimates of a 1% rise.