You are at:Home»Equity ETF Channel»Bill Miller Loving Life in the Wilderness 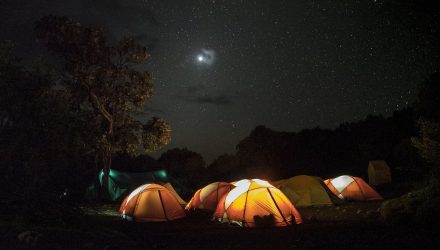 Institutional Investor recently published a profile of former Legg Mason “investing god” Bill Miller, whose career hit a bump in the road after the financial crisis—when his signature fund lost two thirds of its value and investors ran for the hills.

But Miller is back in the game with his own firm, Miller Value Partners, although managing much less money than he used to. His current fund, Miller Opportunity Trust, ranks in the top 1 percent of the midcap blend category for the three- and ten-year periods ending in January, the article reports. “He’s much further out of the limelight,” it adds, “and he’s a lot happier.”

The article says that Miller hasn’t materially changed his investment philosophy over the years, but he has changed his tactics and strategy. “The global financial crisis gave him more sensitivity to rare events that can inflict ‘permanent loss of capital,’ as he puts it.” The article says that Miller—who owns the new firm with his two sons and manages $2 billion– “insists he loves his new, smaller profile. He and his team get to make all the personnel decisions and set their own risk parameters, and he outsources almost everything except the investment management—leaving him with less to worry about.”

Even though Miller is an active manager, the article reports, he isn’t concerned about the outflow of funds toward passive strategies and instead believes that the move is overdue. “Active in the aggregate doesn’t add anything,” he says. “Since the financial crisis, active management has been just as bad a deal, if not worse, because so many managers have become closet indexers.” He adds, “The managers who survive will be those who run concentrated portfolios, don’t worry about volatility or the price you pay for performance, and aren’t concerned about tracking error.”

Miller believes he has benefited from an analytical advantage, including a focus on behavioral analysis. “Social psychologists,” he says, “have shown how groups of people behave, weighing dramatic information more than non-dramatic, being too short-term-oriented, etc. We try to exploit all those things.”