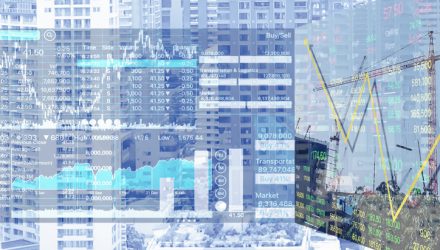 U.S. bank stocks and sector-related exchange traded funds were among the best performers Friday after the Federal Reserve announced the biggest U.S. banks were stable enough to start lower their capital stockpiles, paving the way for companies to increase dividends and raise share buybacks.

All 18 banks reviewed cleared the second round of the Fed’s annual stress test that was designed to gauge the banking sector’s ability to weather through a recession, the Wall Street Journal reports.

The all clear signal paved the way for banks to raise dividends and stock buybacks that would strengthen their company stocks left behind in the market rally. The 18 banks, a group that includes prominent U.S. lenders like JPMorgan Chase & Co. and Bank of America Corp., are expected to raise payouts to over 100% of expected earnings.

For example, Goldman Sachs bolstered quarterly dividend by nearly 50% to $1.25 a share, from 85 cents a share, and authorized a $7 billion stock repurchase program, up from $5 billion a year ago, CNBC reports.

Bank of America hiked up its dividend to 18 cents a share from 15 cents and could repurchase up to $30.9 billion in stock.

Wells Fargo lifted dividend to 51 cents a share from 45 cents and can buy back $23.1 billion in shares.

Fed officials attributed the passing grade to banks’ better knowledge at taking the test, which is now in its ninth year, and ability to maximize shareholder payouts without failing.

“The results show that these firms and our financial system are resilient in normal times and under stress,” Randal K. Quarles, the Fed’s vice chairman for supervision, told the WSJ.