You are at:Home»Equity ETF Channel»Bank ETFs Break Out on Rising Treasury Yields 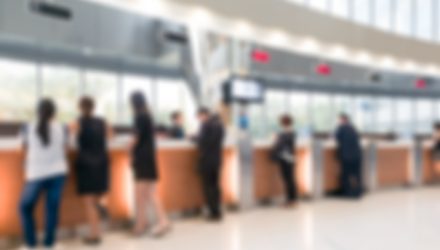 Bank stocks rallied as yields on benchmark 10-year Treasury notes rose to 1.618% late-Monday, with bond prices pulling back in response to lessening demand for safety bets after China reportedly offered to increase U.S. agricultural product purchases in exchange for easing sanctions on the Chinese telecommunications giant Huawai and postponing the October 1 scheduled tariffs, according to Politico. The compromise was seen as a further step to de-escalate the protracted trade war that has gripped the two largest economies in the world.

Depending on how talks progress, President Donald Trump may even delay another round of tariffs that will was expected to be enacted on December 15 on almost all remaining $300 billion in imports from China, including laptops, smartphones and other consumer goods.

“I don’t want to predict anything. I’m just saying it is a good thing that they’re coming here, and tempers are calmer now,” Director of the National Economic Council Larry Kudlow told CNBC. “We’re engaged in very important discussions across the board, whether it’s agriculture or IP or tech transfer or cloud or cyber-hacking or trade barriers.”

The financial sector rejoiced on the rising rates after government bond yields hit multi-year lows last week, with yields on 30-year Treasuries even dipping below the 2% level. Bankers typically make their money off the difference between long-term loans and deposits. With yields rising on later-dated debt, banks will be able to set more lucrative interest rates on loans and go back to generating greater profits on core businesses.