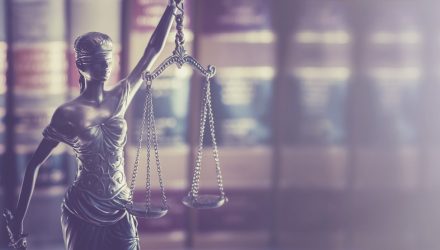 A group of attorneys general from 10 U.S. states filed a federal lawsuit on Tuesday in a bid to block a proposed merger between the wireless carriers T-Mobile and Sprint, a $26 billion deal that has yet to receive the Justice Department’s approval.

The lawsuit, led by Letitia James of New York and Xavier Becerra of California, argues that free market competition will deteriorate and consumer prices will increase if the companies combine. Colorado, Connecticut, the District of Columbia, Maryland, Michigan, Mississippi, Virginia and Wisconsin joined the complaint, which was filed in Federal District Court in Manhattan.

“The T-Mobile and Sprint merger would not only cause irreparable harm to mobile subscribers nationwide by cutting access to affordable, reliable wireless service for millions of Americans, but would particularly affect lower-income and minority communities here in New York and in urban areas across the country,” New York Attorney General Letitia James said in a statement.

The merger could cost Sprint and T-Mobile subscribers at least $4.5 billion annually, according to the complaint.

“When it comes to corporate power, bigger isn’t always better,” James added in a statement. “This is exactly the sort of consumer-harming, job-killing mega-merger our antitrust laws were designed to prevent.”

Investors are showing cause for concern now as the spread between T-Mobile’s offer price and Sprint shares is the widest since May 17. It’s a sign that investors are wary that a deal will be completed.

Telecom isn’t the only sector under the antitrust microscope however. Tech giants Amazon, Apple, Facebook, and Google are now under scrutiny, as their combined market value of nearly $3 Trillion, larger than many countries’ entire GDP, and their ability to regulate consumer interests is giving the FTC cause to investigate consumer privacy and a new push for anti-monopoly measures.

The Trump administration has been calling for tougher enforcement of technology platforms for sometime, and now may be on the alert for monopolies in the making. In a June 10 call to CNBC, Trump said that, “there is something going on in terms of monopoly,” and suggested that the U.S. follow the E.U precedent of suing companies and collecting fines.

While they may not be a monopoly, there is little doubt that FANG stocks have had solid performance according to many analysts.

Investors interested in ETFs that contain FANG stocks might look into the AdvisorShares New Tech and Media ETF (NYSEArca: FNG).