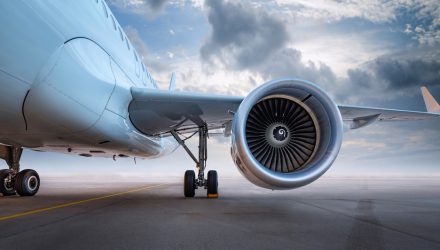 Airline ETF Gets the Green Light After Brexit Delay

Airline stocks and sector-related ETF climbed Thursday after a six-month Brexit extension, alleviating some of the uncertainty as Brits look toward summer holiday plans across Europe.

A last minute proposal in Brussels on Wednesday night outlined plans to allow the United Kingdom to remain in the European Union until October 31, Bloomberg reports.

“U.K. and European holidaymakers can now book their holidays without fear of a Brexit dislocation in the next six months,” Michael Hewson, chief market analyst at CMC Markets UK, told Bloomberg. Still, he referred to it as “mixed blessing” as “other businesses still have no clearer outline of what trading conditions will look like post Brexit, which means more delayed investment decisions, and more stagnation. Maybe we should all go on holiday and come back in six months’ time?”

With the Brexit delay now set, traders are betting that a clearer outline or at least a date set in autumn will allow British consumers to set down their summer vacations and bookings for air travel.

JETS, the lone ETF dedicated to airline stocks, to access the global airline industry. JETS follows the U.S. Global Jets Index, which uses fundamental screens to select airline companies, with an emphasis on domestic carriers, along with global aircraft manufacturers and airport companies. Many of the fund’s top performing components on Friday include European names, such as Ryanair Holdings up 4.7%, Air France up 3.1% and Wizz Air up 3.2%.