You are at:Home»Equity ETF Channel»A Lot Rides on the Rotation to Reflation ETF Trades 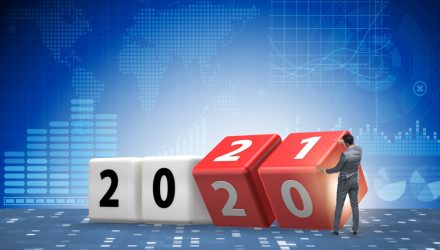 A Lot Rides on the Rotation to Reflation ETF Trades

The great rotation is on, with exchange traded fund investors shifting into the reflation trade. However, the bet is not certain, and the swing hinges on the promise that the economy will return to normal or a pre-coronavirus environment.

Some stock bulls fear that global markets are priced to perfection and risk plunging next year if just the tiniest thing goes wrong. For example, small-cap company stocks taken from the Russell 2000 that do well in the nascent stages of an economy recovery have returned almost 30% so far this quarter, Bloomberg reports.

The iShares Russell 2000 ETF (IWM), which tracks the widely observed Russell 2000 Index, jumped 25.0% over the past three months.

At this rate, the bar is high for the fourth quarter’s hot trades to outperform in 2021, JPMorgan Chase & Co.’s Nikolaos Panigirtzoglou warned. Specifically, he cautioned that setbacks in the vaccine roll-out or wider lockdowns could create big market disappointments ahead.

“Given how optimistic the consensus is at the moment – effectively looking for normalization of economic life by next summer – I would say the risk balance is skewed towards the current consensus proving too optimistic rather than too pessimistic,” the global strategist told Bloomberg. “Reflation is consensus, and it only has juice if next year it plays out better than the consensus envisages at the moment.”

Small-cap shares have made impressive gains on hopes that millions of people will step out from lockdowns, along with bets on a broad pickup in economic growth. The Russell 2000 index even recorded its best month on record over November, and was on track for a 27.5% total return this quarter.

The emerging market carry trade is on pace for its biggest quarterly gain since 2012. A basket of emerging-market currencies against the dollar earned 6.4%, the best quarterly gain on the strategy since 2012, according to a Bloomberg currency index that measures carry-trade returns funded by short positions in the greenback.

The WisdomTree Emerging Currency Strategy Fund (CEW), which tracks a basket of emerging currencies against the USD, rose 5.1% over the past three months.

Additionally, copper is enjoying a historic rally as the global industrial cycle picks up speed. The industrial metal has jumped to its highest level in seven years. Citigroup analysts led by Ed Morse have said the metal is “too hot to handle,” and prices may retrace.