You are at:Home»Equity ETF Channel»5 Biotech Stocks to Watch in the Second Half of 2019 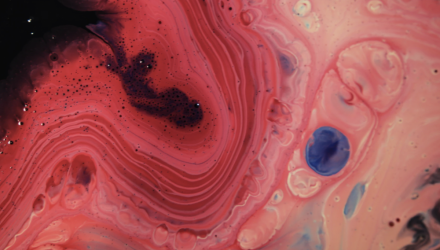 5 Biotech Stocks to Watch in the Second Half of 2019

By Joshua Rodriguez via Iris.xyz

As we near the halfway point in the year, investors are starting to look for opportunities to capitalize on in the second half.

Biotechnology stocks can generate strong opportunities, as they are riddled with catalytic events through the development, regulatory and commercial processes. While a tech or services company may want to keep its progress close to the vest, biotech companies provide updates each step of the way, often leading to tremendous movement in the values of their shares.

With that said, here are several biotech stocks to watch that are likely to have a compelling end to the year 2019…

Catalyst Pharmaceuticals CPRX [NSC] – $3.14 has had an incredibly strong start to the year. After receiving FDA approval for Firdapse back in November of 2018 for adults with Lambert-Eaton Myasthenic Syndrome (LEMS), Catalyst has pleased investors with its commercialization efforts and the potential revenue that the treatment would generate. LEMS is a rare autoimmune disease that affects approximately 1 in 100,000 people in the US. The most common symptoms are proximal muscle weakness and fatigue; these symptoms can be life threatening when the weakness involves respiratory muscles.

The stock took a hit on May 7, 2019, after a competitor’s drug was approved. Jacobus Pharmaceuticals received FDA approval for Ruzurgi. Interestingly, the treatment was approved for the pediatric patient population with LEMS, a population for which Firdapse is not approved. What can be used in children, however, can often be used in adults, and investors fear that Ruzurgi will dampen Firdapse sales. As a result, the stock fell as much as 40% during the trading session.

While the approval of the rival drug led to fear in many, I see it as an opportunity. First and foremost, the market tends to overreact. Considering that Ruzurgi was approved for children, any prescriptions to adults would be off-label. Also, Jacobus hasn’t announced what the price of Ruzurgi will be. While a price war will likely commence, Catalyst Pharmaceuticals may not have to come too far off its price line to remain competitive.

Another factor that investors seem to be ignoring here is that both of these treatments use the same active ingredient, Amifampridine. Currently, Catalyst Pharmaceuticals holds the patent for the use of this treatment in adult patients with LEMS.

While Ruzurgi is approved for use in children, LEMS is incredibly rare in children. In fact, there have been only 11 documented cases in children under 17 in medical literature. Considering this, it would be easy to argue that targeting this incredibly small patient population was done as a backdoor way to infringe upon Catalyst Pharmaceuticals’ intellectual property and sell the treatment to adult patients. So, should Ruzurgi impede sales of Firdapse too much, it will likely be met with litigation.

Finally, Catalyst Pharmaceuticals is expected to release the initial results of its commercialization efforts of Firdapse relatively soon. In my view, these results will likely be the catalyst that starts a strong recovery from the lows reached on May 7, 2019.

Catalyst Pharmaceuticals is far ahead of Jacobus, with more data, stronger IP, and a commercial entrance in the market that has already begun. Considering this, I’m expecting that recent declines are nothing more than an opportunity to get in on long-run gains at a discount.

Cellectar Biosciences CLRB [NSC] – $2.25 is a clinical-stage biotechnology company with a focus on oncology. While the company is a relatively small one, it could prove to be a large opportunity for investors.

Cellectar’s flagship candidate is CLR 131, a treatment currently under development in multiple clinical studies for various types of cancer.

The first of these is a Phase 2 study in multiple myeloma and other hematologic malignancies. The company is assessing progression free survival, overall survival and other markers of efficacy.

Initial top-line results have been promising. In a relapsed or refractory multiple myeloma cohort, the company achieved a 30% overall response rate in the first 10 evaluable patients. The fact that the average patient in this cohort had already received an average of seven lines of therapy only serves to make the data more impressive, as patients with a high number of prior lines of therapy are considered the most difficult to treat. Also impressive is the single 30-minute infusion of the drug that led to such results.