You are at:Home»Equity ETF Channel»U.S.-Listed ETFs Crossed the $4 Trillion Milestone 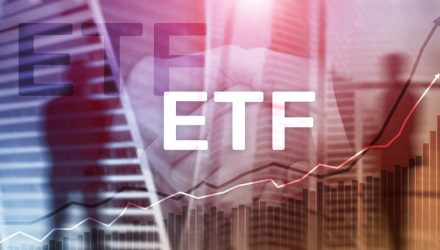 The ever growing ETF universe just hit another major milestone, crossing over the $4 trillion threshold of assets under management, and the growth does not seem to be slowing any time soon.

According to ETFdb data, there are 2,286 U.S.-listed exchange traded products with a little over $4 trillion in assets under management after attracting year-to-date net inflows of $125 billion.

Fueling the growth in the ETF industry, U.S. markets have been pushing toward all-time highs, with the Dow Jones industrial Average closing above 27,000 for the first time ever on Thursday. Investors have turned risk-on and jumped into the equity markets in response to growing bets the Federal Reserve would cut interest rates at its upcoming July meeting to support growth. Meanwhile, lingering concerns over the U.S.-China trade war are starting to wane as both sides renew talks.