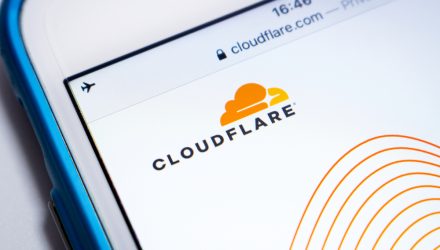 Tech’s newest billionaire is Cloudflare (NET) cofounder Michelle Zatlyn, who broke through the billion-dollar-barrier when shares of the company hit a new high, reported Forbes.

Zatlyn is the company’s president and COO and has guided the company to great success with her entrepreneurial vision in the traditionally male-dominated tech sector.

The entrepreneura strategy, available in an SMA, captures exposure to companies driven by female entrepreneurs who disrupt their industries while creating sustainable growth and diversity. Cloudflare’s Zatlyn exemplifies that story.

Cloudflare was envisioned by its trio of co-founders: Matthew Prince, Lee Holloway, and Michelle Zatlyn. Zatlyn and Prince met at Harvard, where they created a business plan for the backend system that Lee and Prince had previously built together, called Project Honey Pot, according to the Cloudflare website.

Project Honey Pot effectively tracked how spammers gathered email addresses. However, Zatlyn recognized the potential for the software to not only track but also prevent internet threats.

Together, the three co-founders honed their vision, and in November 2009 Cloudflare closed its Series A financing. After a year of testing, which involved eliminating latency and making Cloudflare faster and safer for internet use, the trio officially launched the service in 2010 at TechCrunch Disrupt.

Cloudflare is now a web infrastructure and security firm that protects over 4 million customers’ websites from cybersecurity threats. The firm blocks over 70 billion cyber threats daily from attacks such as distributed denial of service (DDoS).

Turning the Gender Tide in Tech

Historically, leadership in the tech sector has been male. From the beginning, Zatlyn has worked to promote diversity within Cloudflare, and believes that other companies need to work to incorporate more gender equity into their business model.

In an interview with Operator Collective in 2020, Zatlyn said: “The best way to support women in tech is to lead or join a company that supports women in the workplace. I’m optimistic that we can continue to move forward as an industry, and I’m proud of how we’ve done this at Cloudflare. We’ve always said that a diverse team wins, whether it’s with our team or on our Board, where three of our eight members are women.”

To that end, Cloudflare’s philanthropy includes partnering with Path Forward in the U.S. and Mums@Work in Singapore, both of which enable caregivers and women looking to reenter the workforce.

Additionally, during the pandemic shutdown last year, Zatlyn started a show that she produced and hosted called “Yes We Can,” centering around non-executive-level women within the tech industry. The show offers “a chance to amplify their stories in one-on-one interviews. I’ve had the chance to interview incredible women showing up every day to build technology that impacts millions of people around the world.”

Cloudflare has also been proactive in ensuring support for critical workers. During last year’s election, Cloudflare provided free service to election websites, as well as to distributors of the Covid-19 vaccine, allowing them to create digital queues for vaccination appointments.

Due to Zatlyn’s drive, clear focus on promoting diversity and talent, and female entrepreneurial vision, Cloudflare continues to outperform. Zatlyn is happy to acknowledge that: “There’s more awareness today that there are fewer women in technology, across a broader set of people. Now we need to see continued progress on making change. There are so many incredible women in technology, and I hope more of them choose the founder/operator path.”

ERShares’s entrepreneura focuses on women-led entrepreneurial stocks and believes that they offer a holistic vision that promotes great growth opportunities within the company as well as in their communities and industries.