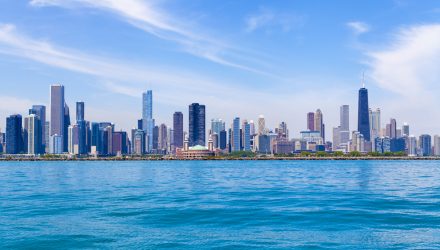 With a slew of earnings reports, a Fed meeting, and the announcement of President Biden’s American Families plan all slated for the next few days, movement in the U.S. stock market this week “is going to be big,” said ERShares founder and CIO Joel Shulman in a recent interview with Cheddar News.

Tech stocks saw major growth in February, hitting a high in the third week before big drops, which FAANG companies are just now beginning to climb back from. Many tech names have “organic revenue growth north of 30, 40, 50%,” said Shulman, noting early earnings reports indicating that they are already exceeding that.

“We think there are going to be some companies that (will) really provide some strong surprise earnings and really get back to the February 20th highs,” he added.

Given the inflation pick up in March, Shulman projected that 2-3% inflation would be in line with what has been seen historically. If interest rates hold on the 5-year and 10-year Treasury notes, it’s a “good time to be an investor; I think that investors have got clear sailing for the remainder of this year. Certainly we may see bumps along the way, but I think these are good markets for us.”

An expected capital gains taxes hike and higher corporate tax rates will have negative effects on the stock market, particularly for the companies that help create growth. “We focus on Entrepreneurial companies and these entrepreneurial companies are creating organic growth in this country,” said Shulman. “So anytime you affect those companies, whether it’s corporate earnings or whether its the entrepreneurs themselves, you’re going to scale back the organic growth.”

Raising rates may hurt growth in the short-term by “taking a little bit off the top,” but it is the effect on the long-term growth that investors will have to watch out for. Tax rate increases could encourage some companies to go offshore, said Shulman, as well as encourage entrepreneurs to behave differently.

“At the end of the day, venture capitalists and other investors will still make their key investments irrespective of the capital gains [tax],” he added. “We think the money flows will still go, but it may hurt them.”

Pivoting to speak on the Tesla earnings, Shulman believes that Tesla has exhibited extraordinary growth; the company reported over 700% growth last year alone. “To put it in perspective, if Tesla had the same growth in the stock price last year that it did for the next three years, it would twice as big as the global GDP,” he continued.

86% of the revenues for Tesla come from the auto manufacturing, their highest margin and best growth area. The auto manufacturing sector of Tesla is bigger than the top 6 auto manufacturers combined, and with growth and size of that magnitude, it would impossible for them to maintain that level of meteoric growth. As such, Shuman anticipates the stock slowing its exponential growth and instead believes they will begin to trend closer to the S&P 500 Index in the future.