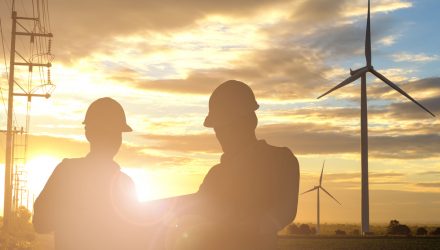 Standing out in the energy sector, Chesapeake ENergy advanced 139%, Callon Petroleum (CPE) was up 68%, and Extraction Oil & Gas (XOG) was 154% higher.

These beaten-down companies are making a comeback as investors are now betting that the rebound in oil prices could stabilize the companies. Specifically, many are looking to OPEC+ or the Organization of Petroleum Exporting Countries and its allies, including Russia, to extend production cuts, which have fueled hopes that oil demand will exceed supply in the second half of the year.

Further supporting the energy sector, some point to a short squeeze. According to MKM Partners analyst John Gerde, as of mid-May, 9% of the shares outstanding of exploration and production companies had been borrowed by short-sellers, compared to 7% a year before, Barron’s reports.

Meanwhile, exploration and production companies with less than 5% of their float borrowed by shorts were left out of the Monday bounce. For example, EOG Resources (EOG), which has one of the best balance sheets in the industry, only rose 2.2%.

The energy sector was also rallying alongside the broader equity market and brushed off the weakness in oil prices on Monday. Traders focused on the prospect of increased output from Libya and U.S. shale despite OPEC and allied countries’ move to extend production cuts.