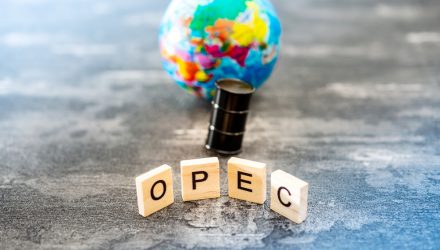 Energy sector-related exchange traded funds led the charge on Friday as the Organization of Petroleum Exporting Countries and its allies led by Russia plan to meet Saturday to discuss an extension in the record production cuts.

Three OPEC sources, though, warned that an extension to cuts was contingent on high compliance. Countries producing above their quota in May and June are required to stick to their overall targets and compensate for earlier overproduction by cutting back in the months ahead.

However, not everyone is happy with the production cut schedules.

“As a representative of the UAE, I find it disappointing and unacceptable that some of the largest producers with capacity like (Saudi Arabia) and Russia comply 100% or more while other major producers do less than 50%,” energy minister of the United Arab Emirates, Suhail Al Mazrouei, said in a letter, according to Reuters.