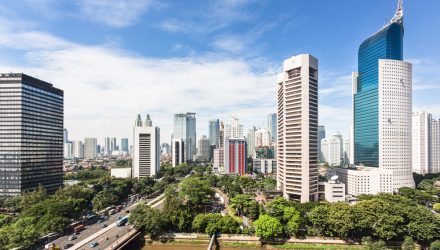 This year, emerging markets have been battered by weak markets, high inflation, and a strong U.S. dollar. While the S&P 500 is down 22% so far this year, the MSCI Emerging Market Index has fallen 29%. As a result, investors are running scared, having pulled $16 billion from EM mutual and ETFs since June.

But some strategists think the sector may be due for a comeback.

Meanwhile, Clocktower Group chief strategist Marko Papic is bullish on emerging markets for two reasons. One, he believes that a weakening domestic housing market and the recent U.K. market turmoil will force the Federal Reserve to pivot. Two, China supporting the country’s real estate sector and easing up on lockdowns should boost its economy (not to mention this resurgence in China’s strength should also help other emerging markets heavily correlated with the country).

These strategists echo the sentiments of Morgan Stanley’s chief Asia and emerging market equity strategist, Jonathan Garner, who recently noted that EM stocks are “outstandingly cheap” and expected to rally.

Speaking with Garner noted that “we’re at very distressed valuations, very oversold” in the emerging markets equities space before adding that “[T]here are some signs already of healing in the leading edge of EM, i.e., in Korea and Taiwan,” Garner told CNBC’s “Squawk Box Asia.”

Morgan Stanley forecasts the benchmark to rally about 12% from now until June.