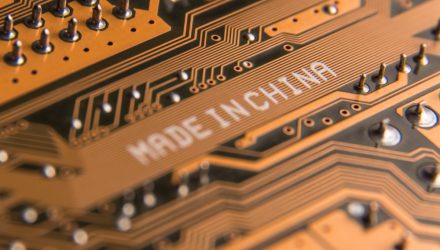 Chinese consumer internet and technology companies were repudiated last year as Beijing upped its regulatory regime in the name of common prosperity.

The reverberations echoed throughout global equity markets as Chinese stocks dragged emerging markets benchmarks lower while spooking investors about the future of what was once of their favorite tech destinations.

Good news: Not all investors are throwing in their respective towels on Chinese internet and tech companies. Some are racing to invest in the groups’ startups, and that could be a positive sign for exchange traded funds such as the Emerging Markets Internet Ecommerce ETF (EMQQ) in 2022.

“Venture-capital investors put $129 billion into more than 5,300 startups in China in 2021, higher than the market’s last record of around $115 billion for 2018, according to data from investment database Preqin,” reports the Wall Street Journal.

“The funding boom shows how popular China remains as an investment destination despite the government’s attempts to impose more restrictions on some technology firms, and a broader financial decoupling between China and the U.S.,” according to the Journal.

Obviously, EMQQ holds publicly traded companies, not closely held startups. However, the fund allocates almost 62% of its weight to China, indicating that as sentiment towards the world’s second-largest economy improves, particularly when it comes to foreign investment, EMQQ could benefit. Adding to EMQQ’s potential this year is Beijing appearing as though it’s taking a congenial approach to facilitating more investment in China’s tech sector.

China isn’t the only country in the EMQQ portfolio that could grab the attention of foreign venture capital firms. India, EMQQ’s third-largest geographic exposure at 5.1%, now has 81 unicorns, up from 37 in 2020. By some estimates, the number of Indian unicorns could nearly double this year, and some of the more mature members of the group are close to going public, potentially setting the stage for those companies to eventually enter EMQQ.