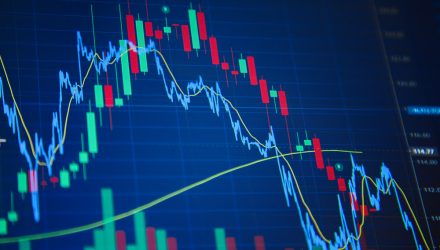 EMQQ Top Holding Does the Didi

“Tencent Holdings Ltd. added 1.8 million Class A ordinary shares of Didi Global Inc. during the initial public offering of the ride-hailing company,” reports Matt Turner for Bloomberg. “The Chinese company owned 78.85 million of Didi’s Class A shares as of Dec. 31, up from 77.07 million shares disclosed at the time of the IPO, a U.S. regulatory filing showed on Thursday. The move raises Tencent’s total ownership of Didi’s Class A shares to 7.4% as of Dec. 31.”

That’s relevant to EMQQ because the ETF allocates 9.47% of its weight to Tencent, making the stock the ETF’s largest holding. This is the first time that Tencent boosted its Didi exposure following the June 2021 IPO.

“The ride-hailing giant has seen its market value plunge by $47 billion in the span of less than eight months after authorities in China raised concerns about its data security. Didi said in December that it has begun making preparations to withdraw from U.S. stock exchanges and pursue a listing in Hong Kong,” according to Bloomberg.

Fortunately for EMQQ investors, the Tencent empire is sprawling. It includes instant messaging platforms, social media, and expansive holdings in gaming companies, among others. It even owns stakes in Singapore’s Sea Ltd. and JD.com (NASDAQ:JD), which are EMQQ’s ninth- and fifth-largest holdings, respectively, combining for over 9% of the ETF’s roster. Tencent, however, is trimming its Sea exposure and recently announced a plan to divest its JD.com holdings.

Translation: Tencent has a lot of irons in the fire, and Didi is just one piece of the puzzle. Fortunately for EMQQ, Didi, and Tencent investors, there’s reason to believe that Beijing wants to see Didi succeed and that its move to a Hong Kong listing could prove useful on that front.

“Didi’s four-day rally comes in the wake of news that Chinese state-backed funds had intervened in domestic stock markets Tuesday, rekindling hope that a bottom is near for the nation’s battered equities,” adds Bloomberg.