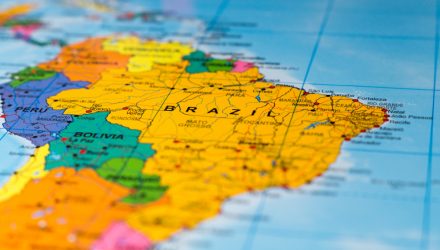 While rising interest rates, a strong U.S. dollar, and a volatile market are serving as major headwinds for emerging markets, countries like Brazil and India are not only holding up well, they’re on track to outperform developed markets.

Brazil’s central bank took a more proactive stance in fighting inflation than the U.S. Federal Reserve, raising interest rates over the past 18 months. This has put the country ahead of its U.S. and European counterparts and closer to the end of its rate hike cycle, with possible cuts coming either this year or next.

Meanwhile, structural trends including tensions between the U.S. and China and the war in Ukraine are benefiting India, putting the country in a good position to take market share in the global supply chain from China.

“If there’s an emerging market that fund managers see as taking China’s role in the asset class, it is India, which Capital Economics says is on track to becoming the world’s third-largest economy by 2030,” according to Barron’s. “Foreign investors have been net buyers of stocks in India in recent months.”

Not only has the country recently overtaken the U.K. as the world’s fifth-biggest economy, but India is also one of the world’s fastest-growing major economies.

Kevin T. Carter, founder and CIO of EMQQ Global said: “India is a significant part of our strategies. That is expected to grow in our upcoming rebalance and for the foreseeable future.”

To gain access to these growing markets, and others like them, investors may want to consider EMQQ Global’s Next Frontier Internet & Ecommerce ETF (FMQQ) or the India Internet and Ecommerce ETF (NYSE Arca: INQQ).

FMQQ is designed to provide investors with exposure to the internet and e-commerce sectors of the developing world. FMQQ seeks to provide investment results that, before fees and expenses, generally correspond to the price and yield performance of the Next Frontier Internet and Ecommerce Index. The fund has no China-based holdings.

Securities must meet a minimum of a $300 million market cap and pass a liquidity screen that requires a $1 million average daily turnover.