You are at:Home»Crypto Channel»An Opportunity to Play the Web3 Revolution 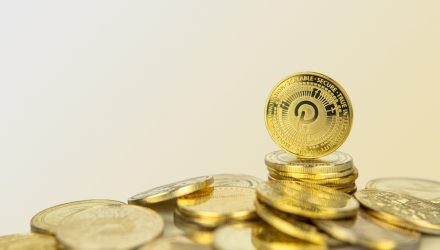 An Opportunity to Play the Web3 Revolution

With its scalable network, cryptocurrency Polkadot is expected to be one of the blockchain technologies that could help spearhead the proliferation of decentralized internet, otherwise known as Web3.

That aforementioned scalability of the Polkadot network is what will allow developers of other blockchain networks to link together to create a Web3 environment, a practice also known as parachaining. The ability to parachain is one of the highlights of Polkadot as a use case investment option over its other crypto peers.

“Polkadot’s emphasis on parachains, formally a parallelizable chain, is a driver in propelling one of the core principles behind Web3 forward: The ability to communicate between different systems,” Cointelegraph explained. “Within the ecosystem, parachains run in parallel and any type of data may be sent between them due to Polkadot’s cross-chain composability, opening up possibilities for new use cases.”

Building on the investment option theme, there are exchange traded funds (ETFs) that can capitalize on the growth of Web3. It could be akin to a second coming of the internet in the early 2000s, and whether or not it makes as big of a splash is anyone’s guess, but there are ETFs available for bold investors willing to take on that gamble.

One opportunity to take advantage of Web3 is by adding an extra layer of growth to the portfolio by allocating to investments in emerging markets (EM). As such, one ETF to consider is the Emerging Markets Internet & Ecommerce ETF (EMQQ).

Per its fund description, EMQQ seeks to offer investors exposure to the growth in internet and e-commerce activities in the developing world as middle classes expand and affordable smartphones provide unprecedentedly large swaths of the population with access to the internet for the first time.