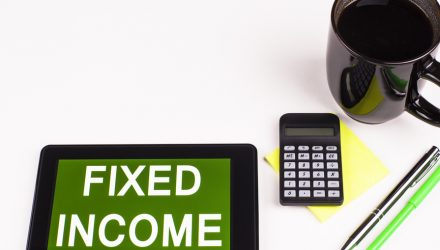 In the world of environmental, social, and governance (ESG) exchange traded funds, the next wave of growth will likely be fueled by fixed income offerings.

There’s evidence that this groundswell is already materializing. Consider the IQ MacKay ESG Core Plus Bond ETF (ESGB). That ETF turns a year old later this month, and it already has $165.2 million in assets under management, according to issuer data.

ESGB is actively managed and attempts to beat the widely followed Bloomberg U.S. Aggregate Bond Index. The combination of active management, ESG and fixed income could be beneficial to investors at a time when interest rates are rising and as the ESG/bonds concept is still finding its footing.

“Active managers can consider a much broader spectrum of potential investments, and can act on informed assessments and market outlooks, to construct a portfolio that may differ from the benchmark-driven exposures of a passive strategy,” according to Fidelity research. “These advantages have allowed the majority of active managers in various bond fund categories to outperform fixed income benchmarks.”

ESGB holds 383 bonds. That’s a significantly smaller portfolio than what investors find with standard aggregate bond funds, but that relatively small roster size is testament to not only a reduced number of bonds meeting ESG criteria, but a discerning management team as well.

Another area in which the combination of active management and bonds can benefit investors is mitigating rate risk, which is an obvious concern in the current market environment. At the end of the first quarter, ESGB’s effective duration was 6.6 years, according to issuer data. That places the fund in intermediate-term territory, which is a positive trait because intermediate-term bonds are the fixed income assets least correlated to equities.

Additionally, ESGB’s status as an active fund implies a level of flexibility that passive rivals don’t possess. That’s relevant because what works one year in the bond market may be surpassed the following year by another segment.

On a year-to-year basis, “different sectors of the bond market have had a range of returns relative to the aggregate market overall. An active portfolio manager may seek to generate excess return by overweighting (holding more of) sectors the manager perceives to be likely to generate better returns, while underweighting (holding less of) the remaining sector,” added Fidelity.

As an active fund, ESGB can take on more credit risk if related ESG opportunities come to pass, but for now, it allocates about 58% of its weight to debt rated AAA, AA, or A.