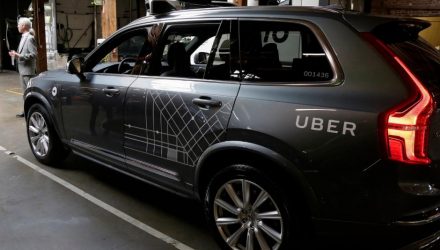 Driverless Cars Are Poised to Deliver Benefits for Drivers, Investors—and Even the UK Economy

In the world of robotics, many ideas that once seemed to be the unattainable dreams of forward-thinking visionaries are quickly coming to life. Robot-assisted surgery is delivering better patient outcomes at less cost. Automated warehouses are making it possible for retailers like Amazon and Ocado to fulfill customer orders faster and cheaper than ever. Amputees can now control robotic limbs with their minds. Agricultural robots are revolutionizing how crops are planted, monitored, fed, weeded, watered, and harvested. The list of transformative and often industry-disruptive innovations in robotics, automation, and artificial intelligence (or “RAAI”) grows longer every day.

While Parliament may not typically come to mind when discussing innovation of any kind, British finance minister Philip Hammond caused many heads to turn last week when he announced that the new budget would include measures to encourage the development of driverless cars. He went on to say that he wanted the UK to be one of the first countries to allow driverless cars—as soon as 2021. “Some would say that’s a bold move,” said Hammond, “but we have to embrace these technologies if we want the UK to lead the next industrial revolution.”

It’s no surprise that Parliament is focused on taking whatever steps are necessary to kick the UK economy into super drive. With Brexit scheduled to take effect on March 29, 2019, the country has just over a year to build an economy that can function independently of the EU. Perhaps that challenge was just the catalyst that was needed to get the country to embrace all that RAAI has to offer.

That said, though Parliament may have seen the light when it comes to the potential of driverless cars, not everyone is so enthusiastic. Why? Giving up physical control over the cars we drive can make any driver feel at risk. But the numbers tell a different story.