You are at:Home»Equity ETFs»Dow, SPY Down as Trump Economic Adviser Gary Cohn Resigns 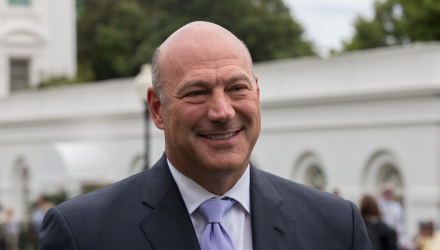 “Gary has been my chief economic adviser and did a superb job in driving our agenda, helping to deliver historic tax cuts and reforms and unleashing the American economy once again. He is a rare talent, and I thank him for his dedicated service to the American people,” Trump said in a statement.

After less than 14 months in his role as The White House Economic Council director, Cohn’s exit is icing on the cake after a handful of goodbyes from other top officials in the administration.

In a prepared statement provided by the White House, Cohn said, “I am grateful to the President for giving me this opportunity and wish him and the Administration great success in the future.”