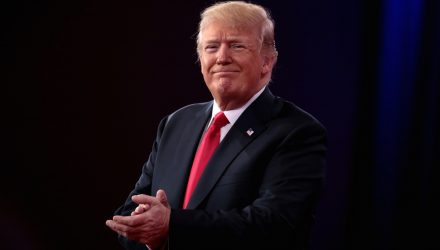 U.S. President Donald Trump is ready to commence with an imposition of $200 billion worth of tariffs on Chinese goods, sending the Dow Jones Industrial Average into the red by over 150 points as of 3:00 p.m. ET. In the meantime, a Friday deadline for a NAFTA deal with Canada is less than 24 hours away, causing investors to fret over whether a deal can get accomplished as the clock continues to tick.

“We had some momentum when the U.S and Mexico struck a deal earlier in the week,” said Ryan Nauman, market strategist at Informa Financial Intelligence. “But as the deadline approaches, people are getting a bit worried.”

Things were looking on the up-and-up when Canada’s Foreign Affairs Minister Chrystia Freeland said ongoing talks with the U.S. remain “constructive” despite the threat of punitive tariffs on Canadian-made cars if Canada spurns the prospect of a new NAFTA deal come Friday.

“It was a very constructive meeting with Ambassador (Robert) Lighthizer and his team and we’ll be back again tomorrow,” said Freeland. “What has really paved the way for what Canada believes will be a good week is the fact that Mexico has made some significant concessions, particularly in the area of labor and of rules of origin on cars.”