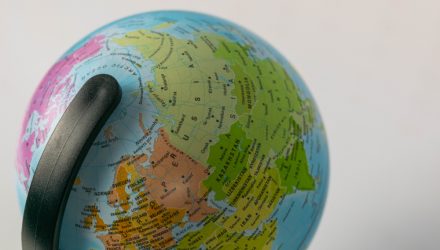 The Case for Asia Pacific Equities

The expectation that Asia will become the dominant economic region on earth in the coming decades has continued to attract investors looking to increase their portfolio’s yield and capital appreciation.

Asian consumer price inflation remains considerably more benign than that of other segments of the market; inflation rates vary across the region, with China at 1.5% to India at 5.9%, as of February.

Asia is home to one-third of the world’s population and close to one billion of its residents have been lifted out of poverty in the past decade due to globalization and mass industrialization. According to the McKinsey Global Institute, China is expected to have 221 cities with more than one million inhabitants by 2025. That same year, the urban economy is expected to generate over 90% of China’s GDP.

The explosive growth throughout Asia, particularly in China, is an engine for the global economy. Asian industry has boosted demand for natural resources, energy, commodities, and industrial materials. The growing middle class has buoyed demand for just about everything else that comes with a better lifestyle, from appliances, cell phones, and designer clothes to cars, subways, and airplanes, according to Guinness Atkinson Asset Management.

SmartETFs holds a set number of positions in each of its portfolios, typically 30 or 35 holdings, and each fund follows an equal-weight approach, which helps to manage stock-specific risk.

As stocks move up and down relative to each other, the weightings change slightly, and the fund will re-balance as circumstances dictate. The firm, however, does not re-balance excessively in order to reduce transaction costs and keep the turnover low, which is a benefit for investors.

SmartETFs has a strong investment culture as a firm. Looking at the durability of the firm’s product roster, 100% of SmartETFs products have both survived and beaten their respective category median over the past 10 years, as denoted by the firm’s 10-year success ratio, according to Morningstar.