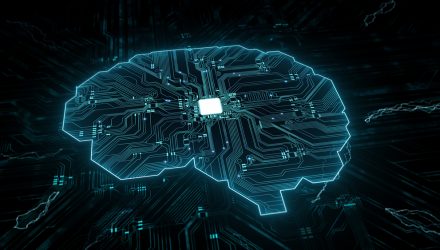 Why to Invest in ARKQ, Artificial Intelligence

Artificial intelligence (AI) may be the most disruptive of all the disruptive technologies. At the very least, AI’s depth and rapid evolution are fast it making it a foundation in myriad industries – a status that carries with it an assortment of investment implications.

A plethora of exchange traded funds offer AI exposure in varying forms, but one of the dominant forces in that group is the ARK Autonomous Technology & Robotics ETF (CBOE: ARKQ). The actively managed ARKQ isn’t a dedicated AI fund, but it features exposure to industries AI intersects with, including 3D printing, autonomous transportation, energy storage, robotics, and space exploration.

As is the case with so many disruptive technologies, hardware and semiconductors are the backbones of AI, and that’s not going to change anytime soon. For investors considering ARKQ, that’s a meaningful point because by some estimates, the AI hardware market alone could be worth $150 billion in four years.

With any disruptive market segment, stock selection is meaningful. On a related note, while past performance isn’t a guarantee of future returns, ARKQ is higher by almost 138% for the three years ending June 8, while the S&P 500 Growth Index is up “just” 73% during that period. That speaks to ARK stock-picking acumen.

“In our view, NVIDIA continues to be a thought leader,” Oppenheimer analyst Rick Schafer said in a research piece cited by CNBC. “Within the semiconductor space, NVIDIA was one of the first to recognize the AI market opportunity and notably pivoted its offerings to address the market more quickly than peers.”

NVIDIA is at the forefront of graphics processing units (GPU) acceleration, which is a key component in technologies ranging from data centers to personal and supercomputers. On the deployment side of the AI equation, NVIDIA is establishing prowess in autonomous vehicles and self-learning machines. GPU also backstops gaming consoles and cryptocurrency mining activities.

Oppenheimer’s Schaeffer highlights several other semiconductor names poised to benefit from AI expansion, including NXP Semiconductor (NXPI). MCU products produced by NXP are used by automotive and industrial machine clients as well as purveyors of Internet of Things (IoT) concepts.