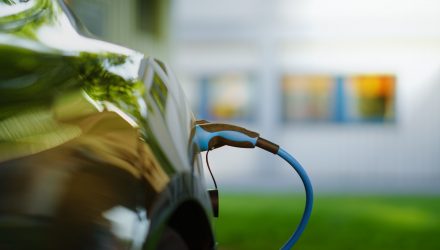 Wednesday was a big day for Tesla CEO Elon Musk.

The American automotive and energy company based in Palo Alto, California reached a $100 billion market cap for the first time at the commencement of trading on Wednesday, readying CEO Elon Musk up for a massive payout.

The significant gains could offer CEO Elon Musk a handsome payout. In 2018, Tesla’s board and shareholders authorized a compensation plan for Musk, enabling the entrepreneur to garner options valued at potentially more than $55 billion over the next 10 years. Musk would earn the first tranche of at least $346 million in options if Tesla’s market capitalization hits and stays at $100 billion, making today a potentially historic day for the CEO.

Shares of Tesla were up 8.1% at $591.78 in late morning trading, persisting in a fierce rally that has more than doubled the share price in the last quarter.

The move higher “speaks to the inflection in electric vehicle demand globally,” Wedbush analyst Dan Ives wrote in an email.

“The skeptics have been proven wrong, and the $100 billion market cap is sending the bears into hibernation mode.”

The seemingly undaunted rise of Tesla (NASDAQ: TSLA) is continuing, lifting a select group of ETFs in the process. It’s an exclusive club because just a handful of ETFs has double-digit Tesla allocations.

“Ark Investment Management founder Catherine Wood said last week that she believes Tesla could be worth more than $6,000 per share in the next five years,” reports CNBC. “Underlying this bullish view is the assumption that Tesla won’t lose its considerable share of the electric-vehicle market, Wood told CNBC.”

Tesla, delivered a robust third-quarter earnings report, notching a surprise profit and explaining to shareholders that it is ahead of schedule with creating a fresh factory in Shanghai. Shares of the company rocketed over $300 a share, as much as 17% higher in after hours, placing them at their highest price since February. This move has continued unabated, driving the stock from around $250 per share to nearly $600.