You are at:Home»Disruptive Technology Channel»Stocks Are Expensive, but That’s Not Necessarily a Deterrent 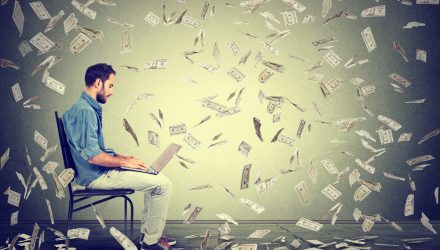 Stocks Are Expensive, but That’s Not Necessarily a Deterrent

It’s often said that valuation alone isn’t a reason to buy or sell a stock. That’s something to keep in mind at a time when domestic stocks are expensive.

That advice is worth remembering with disruptive growth assets, such as the ARK Innovation ETF (NYSEArca: ARKK). Home to artificial intelligence, fintech, genomics, and internet companies, among others, ARKK is expected to rarely, if ever, sport valuations that can be viewed as “cheap.”

That may ultimately prove to be all right because while domestic equities, including plenty of ARKK holdings, are richly valued on a price-to-earnings (PE) basis, there’s more to the story.

“We’d make two points on this front: First, analyses of PE multiples versus returns over different time horizons have shown that PE has little ability to predict near-term returns (think one to three years) but does have greater predictive power over the longer term (think five to 10 years),” according to BlackRock research. “This makes sense in that EPS estimates are changeable and the shorter the horizon, the greater room for anomalies. This year will be such an outlier.”

Adding to the ARKK case are a couple of factors. First, as the business cycle evolves and GDP growth slows, investors are likely to want higher growth stocks, which ARKK has plenty of. Second, with bond yields so low this year, stocks are far more attractive. In fact, the bigger risk might be embracing Treasuries over growth stocks.

“Second, we believe PE is a less informative measure than the equity risk premium (ERP), which values stocks based on the prevailing 10-year Treasury rate,” adds BlackRock. “The ERP gauges whether investors are compensated for the greater risk in equities versus ‘risk-free’ government bonds. The ERP has been well above its long-term average for the past 10 years, suggesting stocks are undervalued for the relative risk/reward they offer.”

As BlackRock notes, the ERP was 3.5% at the end of last month compared to a long-term average of 2.1%, meaning that Treasury yields would need to rise by at least that much to make a case for ditching stocks in favor of bonds.

ARKK could be a rebound story in the making because its healthcare holdings are lagging this year, but the cases for those names remain intact. Likewise, some of the fund’s other components are labeled “pandemic plays,” when in reality those companies have enviable growth trajectories with or without COVID-19.