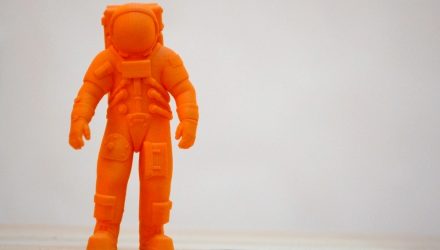 When the ARK Space Exploration and Innovation ETF (ARKX) debuted in late March as the newest addition to the ARK Investment Management stable of exchange traded funds, there was some criticism of ARKX’s inclusion of the 3D Printing ETF (PRNT) among the new ETF’s top holdings.

Some critics viewed that as a ploy to drive assets to the passively managed PRNT, while others failed to see the relevance of PRNT as a space exploration play.

Today, PRNT is the second-largest holding in ARKX at a weight of 7.63%, and that hasn’t prevented the space fund from being one of this year’s most successful new ETFs. In less than six months on the market, ARKX has nearly $630 million in assets under management. 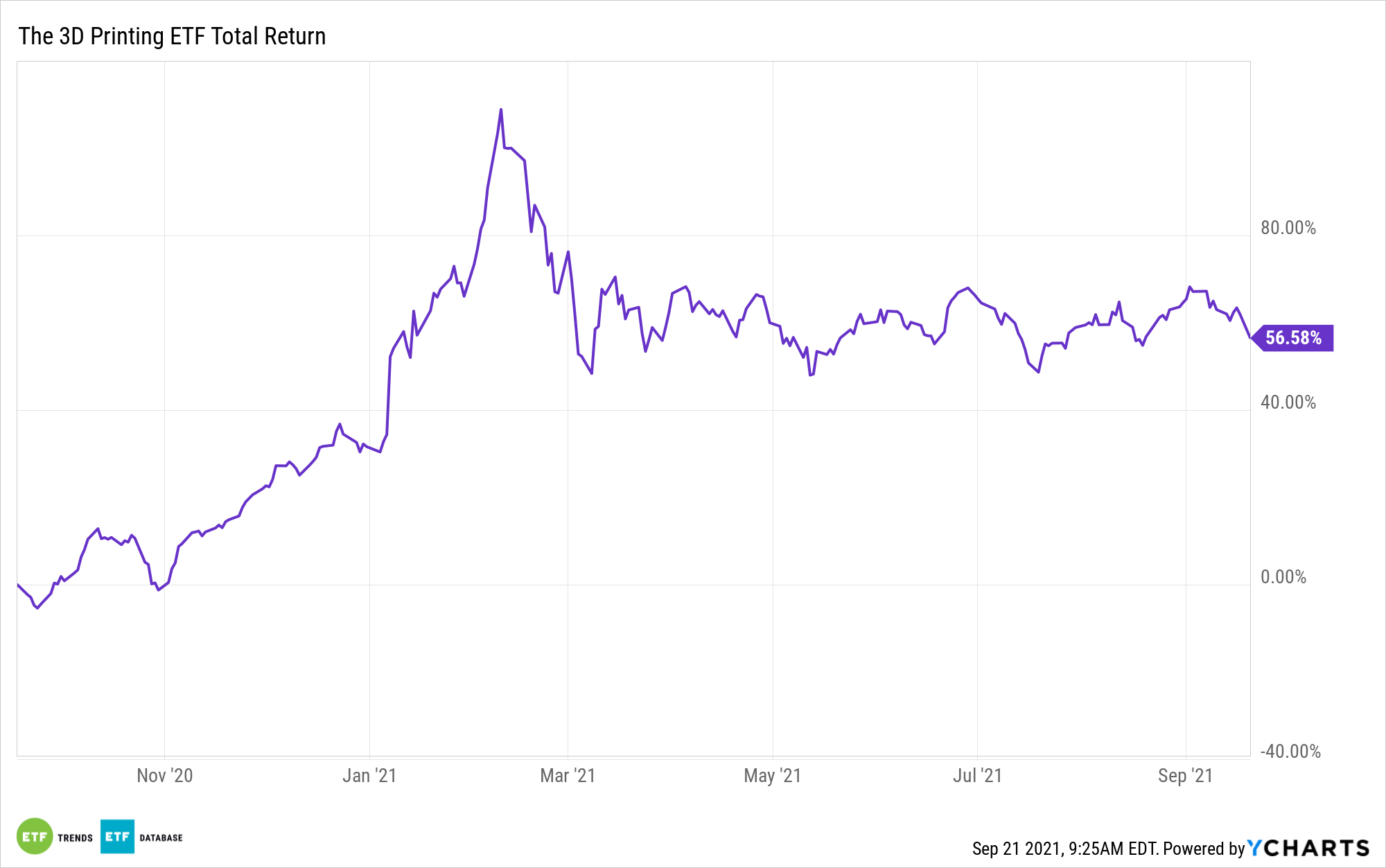 In addition, the 3D printing industry continues showing its relevance in the space race. Consider its applications in the construction of rocket engines, obviously an essential part of space exploration.

“Today, 3D printing technology, using heat-resistant metal alloys, is revolutionising trial-and-error rocket development,” writes Oliver Hitchens for The Conversation. “Whole structures that would have previously required hundreds of distinct components can now be printed in a matter of days. This means you can expect to see many more rockets blowing into tiny pieces in the coming years, but the parts they’re actually made of are set to become larger and fewer as the private sector space race intensifies.”

3D printing, whether critics want to agree or not, is speeding along space-related technological advancements. There was a time when it took thousands of NASA engineers years to launch anything into space. Today, privately held Relativity Space can 3D print a rocket in just a couple of months.

The company is planning its first launch next year, and it was valued at $4.2 billion in June following $650 million in series E funding. If Relativity Space does become a publicly traded company, it could make for a sensible addition to ARKX, PRNT, or both ARK ETFs, but investors will have to wait and see. In the meantime, there are still plenty of applications for 3D printing in the space realm, including reducing the number of parts needed for rocket engines and cutting down on supply chain risk.