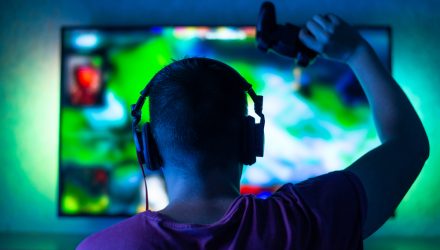 With so many people all over the world forced to stay at home because of the coronavirus pandemic, digital entertainment, be it streaming or video games and eSports is getting a big boost. Just look at the Roundhill BITKRAFT Esports & Digital Entertainment ETF (NYSEArca: NERD), which is up more than 8% over the past month.

Specific to the upstart NERD, its highly levered to the esports boom, a favorable factor for investors with longer time horizons.

“Esports is the fastest-growing theme in the gaming sector,” said GlobalData in a recent note. “These organized multiplayer video game competitions have enjoyed spectacular growth over the last decade, with thousands of fans filling stadiums to watch live events and millions following them on streaming platforms. Although esports currently caters to a niche audience – almost 10% of the global online population of around 4.5 billion – its reach is expanding rapidly.”