You are at:Home»Disruptive Technology Channel»EV Sales Standout and it Could Be Just the Beginning 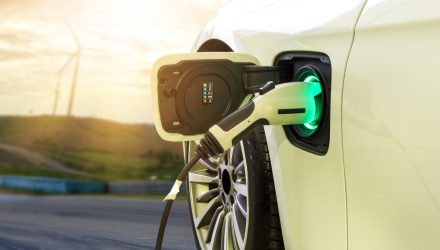 EV Sales Standout and it Could Be Just the Beginning

The recent pullback in shares of electric vehicle giant Tesla (NASDAQ: TSLA) notwithstanding, the ARK Innovation ETF (NYSEArca: ARKK) is one of the best stories among actively managed ETFs this year and EV sales are a big reason why.

Fortunately, that trend is still in its early innings. Boding well for ARKK and its EV exposure is that data confirm electric vehicles are taking market share from their internal combustion counterparts because sales of the former are soaring while sales of the latter are slumping.

“Then there’s the electric vehicle market—or rather, the three major EV markets: China, Europe, and North America. Combined, they’re still only 4.8% of total vehicle sales. But after such a steep drop, their relative performance stands out in the global market,” reports Nathaniel Bullard for Bloomberg.

Making ARKK all the more meaningful as a long-term EV idea is that sales of electric vehicles fell by less than their traditional rivals in the first half of 2020.

“While EV sales also dropped overall in the first and second quarters, they dropped less—just 15%—which qualifies as outperforming,” according to Bloomberg.

Furthermore, due to the increased concerns over environmental issues, global governments are supporting the development of electric vehicles worldwide. Consequently, the high voltage battery market will continue to enjoy increased interest and investments as electric vehicles is expected to drive the growth.

“While the details are complicated, the overall auto sales message is clear: EVs are going to be driving global growth in the years to come,” according to Bloomberg.