You are at:Home»Disruptive Technology Channel»Coming Avalanche of SaaS IPOs Could Spell Opportunity for This ETF 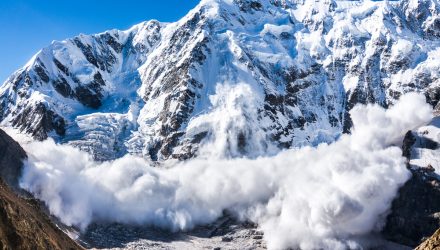 Coming Avalanche of SaaS IPOs Could Spell Opportunity for This ETF

The ARK Web x.0 ETF (NYSEArca: ARKW) is up a staggering 91.53% year-to-date and ebullience among cloud computing, namely software-as-a-service (SaaS), stocks is a big reason why this actively managed ETF is soaring.

As noted above, ARKW is a diverse ETF, but an upcoming wave of initial public offerings IPOs from SaaS companies, including Asana, Palantir, Snowflake, Sumo Logic, and Unity, could benefit the already high-flying fund.

“Luring these companies into the public markets are valuations not seen since the tech and telecom bubble in the late nineties. While all five appear to be growing revenues at impressive rates, not one is close to positive cash flow territory,” writes ARK Invest analyst James Wang in a recent note.

While it has been an undoubtedly challenging and difficult time, with an increasing number of individuals continuing to work from home due to the coronavirus pandemic restrictions and regulations, a number of companies have benefitted from the transition. Businesses that focus on cybersecurity, communications, and project management have all seen an uptick.

“SaaS economics involves significant spending upfront to capture and capitalize on the lifetime value of a customer. According to our research, SaaS represents an $800 billion opportunity during the next five to ten years, giving these companies plenty of runway to grow,” notes Wang.

The cloud computing industry that was estimated to be worth $188 billion in 2018 is expected to be worth over $300 billion by 2022, a nearly 15% annualized growth rate. Cloud spending is expected to increase as more companies integrate cloud computing into their existing infrastructures. According to market analysts as Canalys, this type of spending will sustain itself over the next five years with estimates that total spending on cloud infrastructure services could hit $284 billion in 2024.