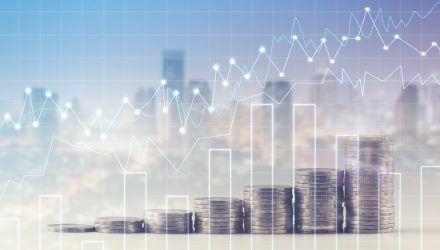 Risk-tolerant investors are often fond of growth equities. In recent years, that affinity has carried over to disruptive growth – the next generation of growth investing.

That transition has made the ARK Innovation ETF (NYSEArca: ARKK) a legendary exchange traded fund, and while the ETF is encountering some headwinds this year, ARKK remains a premier consideration for accessing disruptive growth.

When considering how rapidly technology evolves and how quickly technologies go from emerging to mature, adaptability is a crucial point for investors to capture.

“The pace of change has accelerated dramatically in recent decades – and was amplified as the COVID-19 crisis pushed many budding trends forward by years,” according to BlackRock research. “This innovation is increasingly being rewarded, as adoption rates for promising products and services have also accelerated across time.”

ARKK’s status as an actively managed fund indicates it can be responsive to tech advancements, giving it an advantage over static passive tech strategies.

Although the ARKK fund is focused, typically holding 35 to 55 stocks, it offers industry-level depth. The ETF is also not a dedicated technology fund, which is a relevant point because disruptive growth isn’t confined to the sector.

“We used to think of innovation specifically in consumer electronics, or in certain technology verticals. Now we see it across transportation, consumer discretionary, industrials, energy and healthcare,” notes BlackRock. “Just consider the pace at which the COVID-19 vaccine was developed. A scientific feat that once required several years to achieve was accomplished in less than one. In many ways, innovation has become more inclusive and, in turn, is widening the lens through which we can examine corporate change and investment potential.”

ARKK taps into that theme by providing investors with exposure to fintech and genomics companies, corporations driving industrial innovation, and renewable energy plays, among others.

The average market capitalization of ARKK components is $118 billion – firmly in large cap territory. However, the fund holds some names classified as mid caps or smaller large caps. That’s important because it’s no longer mega caps that are the sole drivers of innovation.

“Large companies used to be able to exercise significant market power over poorly capitalized businesses, many of which were sub-scale. This still happens today, but not to the same extent,” concludes BlackRock.